The sneaky monster known as ‘Real Life’ had finally succeeded in eating me alive the past few weeks, but I managed to escape just in time for one of my favorite holidays.

There is a running joke in my family that since I’m of half Scottish and of half Irish descent that I should be continuously intoxicated all the time. Sadly, because of responsibility (and lack of alcohol) I’m not, but I usually make up for it on St Paddy’s Day. This year, however, I’m stuck working, so I want all of you (of legal age) to go out there and have a green beer for me. I’m sending all my Irish Luck to all of you today, so make the best of it!

I have an average body with a few extra pounds; I am not overweight but I’m not healthy. I don’t shy away from physical activity but I don’t exactly push myself either. I have a passionate relationship with junk food and crave take-out like a crack addict craves a hit. Essentially, what I’m trying to say is: I’ve decided to make a lifestyle change.

Last Monday I was talking to my mother and I can’t exactly remember how the conversation came up, but I found out that there are a lot of bad things running in my family genetics; cancer, diabetes and lung disease, to name a few. I won’t say that it scared me, but it did put a few things into perspective for me. If I were to change and become a healthier person; thirty years from now, if I develop a dangerous disease, I would have much better chances of fighting it off than I would if I stayed the same as I am now.

Changing my eating habits was the hard part. I cut junk food (ie: candy, ice cream, chips, pop, desserts, etc) out of my system. I will admit it was like overcoming a drug addiction for a while there. I also stopped eating after 8pm. These are apparently two very good steps towards living healthier, so I was happy to be heading in the right direction.

The next step was digging my (slightly old) exercise bike out of the closet, cleaning it off, and setting it up in my living room. Once that was done, I managed fifteen minutes of cardio before I felt like my legs were going to fall off, and then did ten minutes of muscle-building. I survived my first work-out and did it all inside the comfort of my own home. I’m also going to say that I’ve only been at this for a week and I can now do thirty minutes of heavy cardio and twenty minutes of muscle-building. Improvements are important and they’re going to be super small at first, I know, but they’re so nice to see.

Food is important. I love food, so I made a list of healthy things that I like and some healthy things that I should try. I found out that I DO like caesar salad, despite hating it for years, and that hard-boiled eggs are actually quite good. My fridge is now full of fruits and some veggies, as well as some soy milk that I haven’t tried yet.

Working out is something that’s coming easier to me than I thought it would. I feel really good after a work out, despite my aching muscles; I suppose that’s the endorphins talking. It’s the ‘not eating junk food’ bit that’s pushing my self-control, however, every time I get a craving for something sweet I eat an apple or drink a glass of water. It seems to be working very well so far.

Winning the little battles feels good. Like, turning down the cookie a co-worker offered me despite the fact that I was staring at it with open lust, and pushing myself to pedal that bike as hard and fast as I can for the last five minutes of my cardio despite the ache and heavy breathing. I may just be starting to change my life style and it’s sometimes so very difficult, but those little accomplishments keep me going because they mean I’m improving. That little voice in my head that says I can’t do this, is a liar.

Sometimes all you need to have a bit of creative fun is a black Sharpie and an old newspaper. Poetry isn’t really my thing, and I don’t think this actually counts, but if you want to see some really amazing stuff you should go here:  http://newspaperblackout.com/

This is a brilliant way of beating writers block, and yes I am speaking from experience here. I think it has to do with trying to find the right words that go together within someone elses words. After doing three of these my block vanished and my creativity was back. Fun and therapeutic should go together more often (like bubble wrap).

I made a wonderful discovery on my way home from work today. I decided to take a round-about way home, because walking is healthy, and passed under the overpass on the Main Street of my city. I found a bunch of butterflies.

I did a little research about these butterflies, and by ‘research’ I mean I asked my local friends on Facebook about them; as it turns out, they’ve been there for quite a while. Possibly a year or longer.

Personally, I’m not all that knowledgeable about graffiti (unless drawing Ninja Turtles on my bedroom wall, in crayon, when I was five and getting yelled at by my parents counts?) but don’t most places try to cover up the graffiti as soon as they can? Granted, my city is tiny in comparison to some, and I rarely ever encounter any graffiti – which I find slightly saddening – so I’m fairly certain that my city usually covers the stuff up quite quickly.

Maybe they left this one alone because it’s tasteful and positive? Or perhaps the people in charge of painting over the graffiti in my city really like butterflies and decided not to cover them? Either way, the butterflies are still there and will, most likely, stay there for a good long while yet. I feel kind of proud that my city decided to keep them.

That was totally today’s warm fuzzy.

I was apparently Freshly Pressed yesterday, but I was at work and missed it. I got home and was sorely tempted to call my best friend and have her double check the numbers coming up on my blog because they were a bit ridiculous and shocking. I’m still trying to get to all the comments!

So… I guess that really did happen then. Wow. I didn’t know that could happen to normal (sort of) people. That was surprisingly exciting. 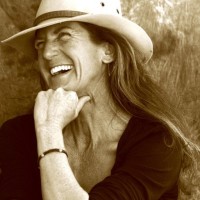